As the reality that a new year is already underway sinks in, we at Tinman Kinetics wanted to take a moment to look back at 2018 and this year ahead.

Last year was another record setter for data generation. According to Forbes, approximately 912.5 quintillion bytes were created in 2018 - roughly 1.2GB of data per human being on the planet. Meanwhile to crunch that data, even commodity hardware gained an average of 768 cores per processing unit at data centers big and small. The jump should be even bigger in 2019 - but of course data generation will continue to race to get ahead of our ability to compute it.

AI adoption spiked across the world in 2018 as well. According to McKinsey & Company, Robotic Process Automation kept the #1 spot with 23% internal capabilities in North America and 27% in Europe, and everyone else including China right there with North America at 23%.

General Machine Learning was right on its heels though, now at an average of 21% worldwide. These are internal capabilities, mind you, not just projects, which is impressive and goes to show why there's such a talent shortage in this rapidly growing field. Honorable mentions go to conversational language interfaces and machine vision, which both also broke 20%. Physical robots are still down around 16.5%.

At Tinman Kinetics, we had some looking back statistics of our own. 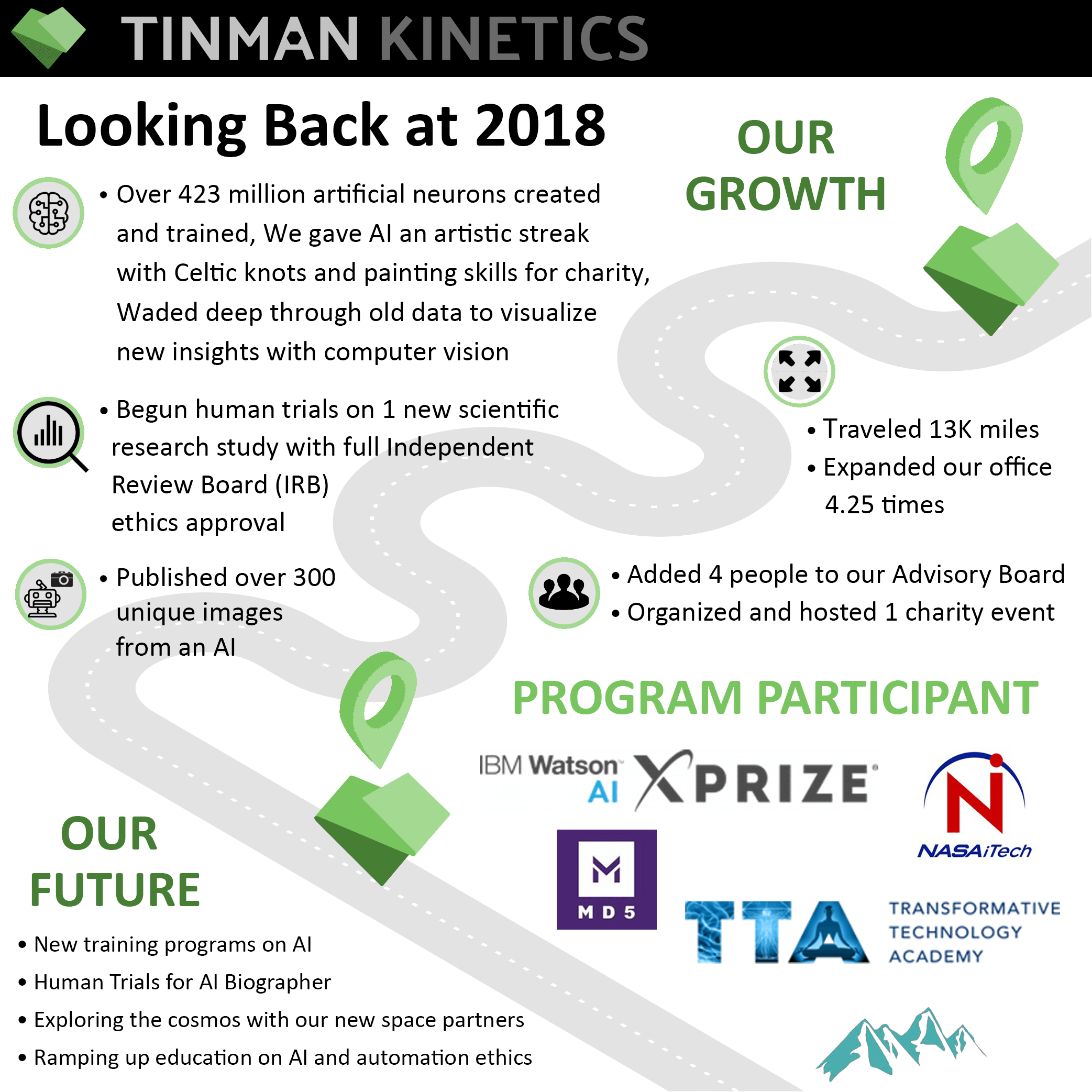 Our lead AI Scientist also gained a belt level in taekwondo, we launched our new website, 2.9 puzzles were constructed around the water cooler, and I personally grew, killed, and replanted a tree. The data says I should water it more often this time.

We're all incredibly excited about what's in store for 2019, and from our family to yours, we wish you all the best in this journey of life that we share. 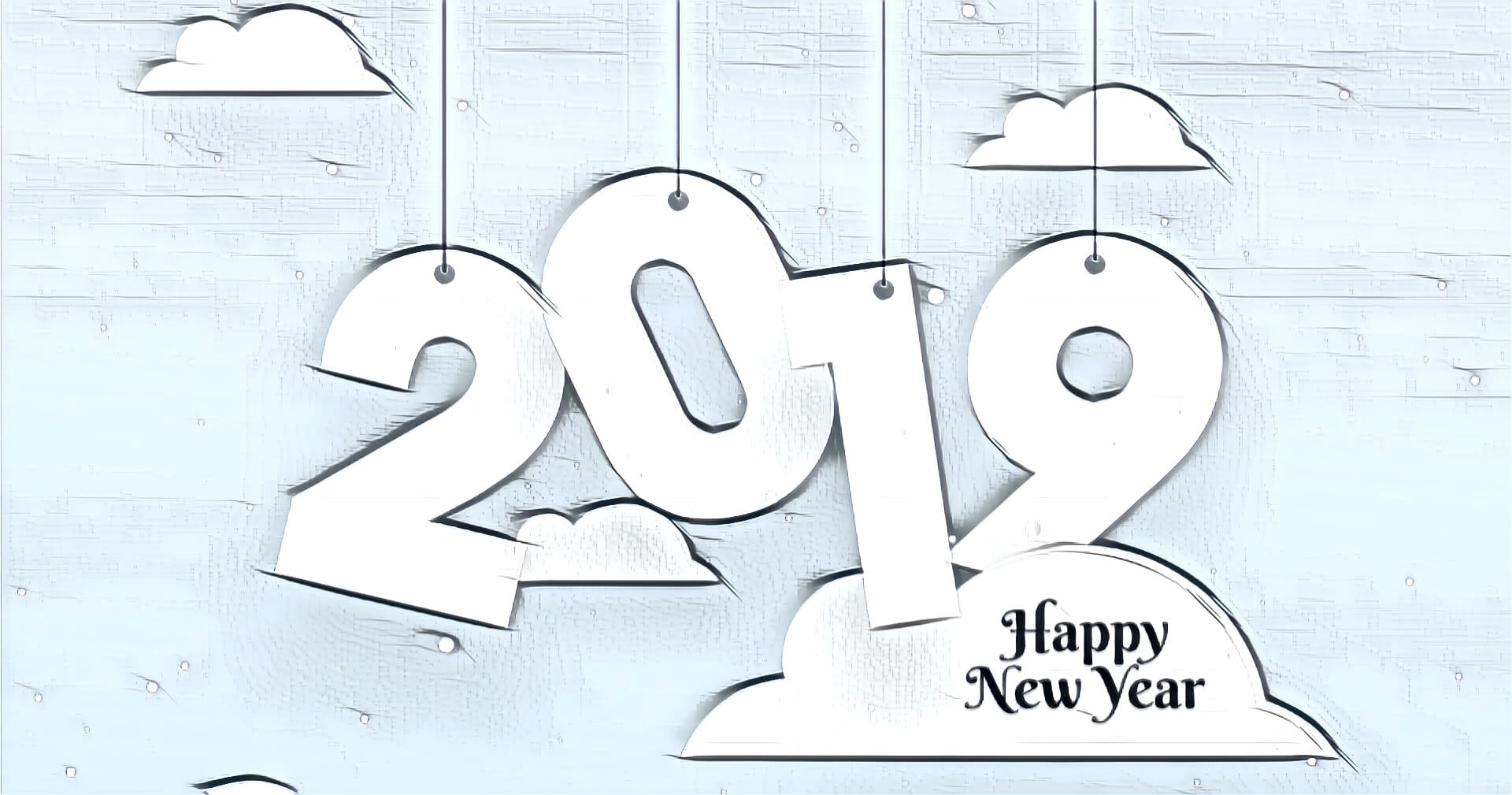 Truth is ancient though it seems an upstart. -Elizabethan Master George Silver, Gentleman George Silver, author of the "Paradoxes of Defence" in 1599, was one of the last, classical Masters of

Technology seems to grow exponentially these days with large companies such as Google and Amazon leading the charge with automation, but let’s not forget about the tech startups that are disrupting the